I know I'm not the first person to blog about running this week. And I won't be the last. But today is special for me because it's my one year "RUNiversary". Exactly one year ago today, I shook off my "I hate running" mentality and began the Couch-to-5K® program.

In all honestly, I didn't think it would stick. I thought I'd try it out, confirm the hatred bred into me by torturous one-mile mandatory runs in high school gym class, and move on with my life. Yet here I am a year later, still pounding the pavement. And you know what? I don't hate it after all. I actually kinda, sorta, almost like it. 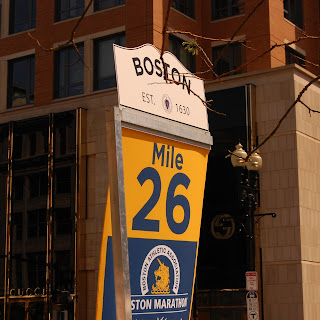 So, why in the world did I start running in the first place if I hated it so much? Because last year in 2012, I attended the Boston Marathon with my husband and two of our close friends. I was so moved and inspired by what I saw there that I needed to give it a try and see for myself. We watched the 2012 race from three different locations and took it all in, starting in Brookline, then hopping on the T and watching from mile 25, then finally making our way on foot to the finish line.

It was exciting to watch the elite runners speed past. But then came the families running together. The very young running alongside the very old. A father running and pushing his wheelchair-bound son. The groups of friends running for charity or in memory of a lost loved one. And the crowds – constantly cheering and rooting for complete strangers! I'd never seen anything like it. It was all so heavy and meaningful and overwhelming. Of course, it wasn't all smiles and rainbows; I witnessed tangible pain and sickness and struggle in the incredible record-breaking heat. But through it all, I could feel the energy pulsing through the city that day. And the triumphant expressions on people's faces as they neared the finish line – well, that was the closest I've ever been to witnessing that much undeniable, genuine human happiness at once. Huge smiles. Tears of joy.

I cannot even fathom or begin to process this year's horrific incident. I look at the images and they don't seem real to me. I can't reconcile the scene I witnessed just last year with the scenes on the news. It doesn't add up. Who would ever want to spoil something like this. How could this even be real? It doesn't make any sense. And it probably never will.


Runners are a community built on health, strength, determination and good will. It's a community I am very proud to be a part of. I will keep running and hopefully celebrate many more runiversaries. But now I'm running with a little more purpose. Running for those who lost their lives in Boston on Marathon Monday. For those who were injured. And for those who came so close, but didn't get to cross the finish line that day. I'm running for them.
Posted by Lofted Designs at 7:15 AM No comments:

It's almost that time again – young people across America are deep into their last semester of high school and getting ready to head off to college next fall. Or perhaps a bright young student you know is finishing up college studies and getting ready to enter the real world.

Now is a great time to think about ordering a unique, early graduation gift they can show off during those final weeks and days of senior year. Custom graduation rings and necklaces for the class of 2013 start at just $45 and will surely be cherished for many years to come.

Custom graduation necklaces are crafted from a hand-cut circle of polished sterling silver and stamped with "Class of 2013". You can also include the school name, graduate's name or initials on the back and beads are used to represent school colors. A sterling silver chain, polishing cloth and gift box are included so you receive it ready for gifting. Order a necklace here. 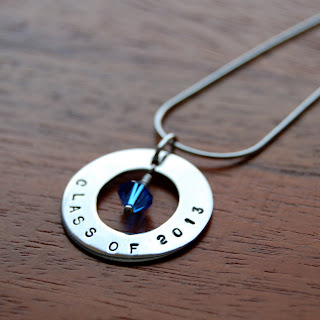 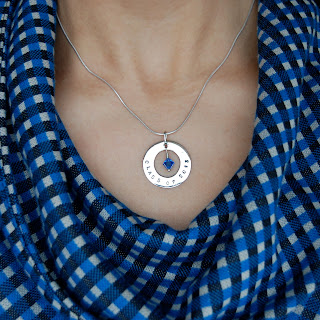 Custom rings are available in multiple styles (thin or thick, wide or skinny) and finishes (brushed, polished or hammered) and can be stamped with a name, nickname, school name, graduation year, or simply "CLASS OF 2013" (any year is available). Stamp it on the outside to show your pride or on the inside for a more discreet look. Order a ring here. 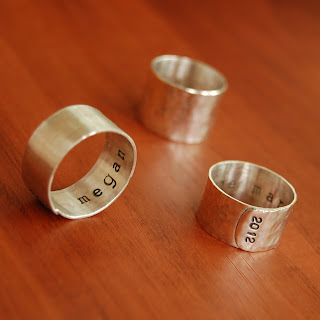 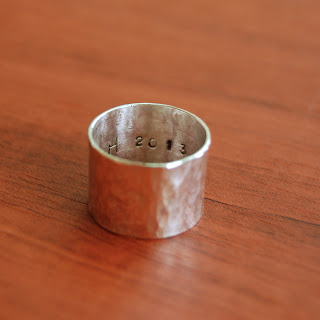 Please allow up to two weeks for custom orders to be shipped.

Posted by Lofted Designs at 8:05 PM No comments: 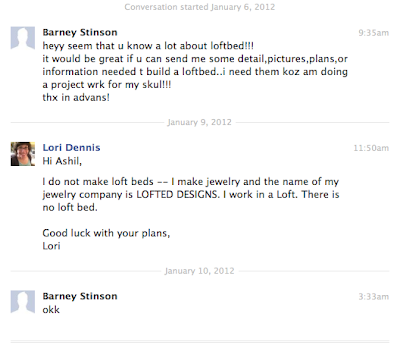